Stuart Anderson, Member of Parliament for Wolverhampton South West since December 2019, has found himself at the centre of a storm today after appearing to suggest that NHS workers don’t know how to make “the right use of” personal protective equipment (PPE).

The tweet was a response to Sir Keir Starmer, the new Leader of the Opposition, who said that, “It is quite frankly insulting to imply frontline staff are wasting PPE”. Starmer was making reference to the Health Secretary’s apparent attempt to shift blame for PPE shortages to health workers during Friday’s press conference by implying, apropos of nothing, that one reason for the shortage was misuse of precious PPE stocks.

Anderson’s statement in full was, “A low blow and misjudged at this time. Yes we need everyone to have PPE but the right use of It[sic] is also needed”. Anderson’s tweet prompted over a thousand angry replies. Criticism focused on his apparent insinuation that NHS staff are misusing or overusing PPE, which has been in desperately short supply since the start of the crisis.‌                      ‌

The experts on health worker PPE are, of course, health workers, not politicians. And it’s health workers saying that there is a desperate shortage. Blaming health workers for a PPE shortage is just the latest in a series of attempts by the Government to shift the blame for its failures during the course of the crisis so far. Whether it’s trying to shift the blame to the public for not following the government’s confused and self-contradictory messaging during the early days of the pandemic, trying to shift the blame to China for not alerting the World Health Organsiation earlier about the virus (never mind the fact that we watched and did nothing as bodies piled up in the streets of Italy, long after China had alerted the world about the virus), or pre-emptively trying to shift the blame onto experts, constantly using scientific advisers as human shields in the daily press conference in claiming that the government has “followed the science” in response to questions that are fundamentally political, not scientific—this Government is in full damage control mode.

When asked on Friday about how many NHS staff had died after contracting coronavirus, the Chief Nursing Officer for England initially suggested that it wouldn’t be possible to give a number because to do so would require the permissions of the families of all involved. A day later, the Health Secretary gave the death toll for NHS workers at 19.

The deaths include Dr Abdul Mabud Chowdhury, who pleaded with the Prime Minister for better PPE in a social media post. 5 days later, he was admitted to hospital as a patient with coronavirus, and 15 days after that, he died.

The crisis has led to NHS staff having to fashion school science goggles into PPE. Three nurses forced to wear bin bags as PPE due to the shortage have now tested positive for the virus.

The problem doesn’t just exist in clinical settings. During Prime Minister’s Questions on Wednesday, 25 March, the Prime Minister told the House of Commons that all social care workers would have proper protective equipment “by the end of the week”. Weeks later, that PPE has still not materialised, residential homes are desperate for PPE. and two care workers have died.

During Saturday’s press conference, the Home Secretary appeared to issue something approaching an apology for the government’s failure on PPE, saying “I’m sorry if people feel that there have been failings”.

Although there is a global shortage of PPE due to the global nature of the pandemic, the UK passed up several opportunities to stockpile more when there was still time. Some of these failures were due to incompetence and could have happened under any government, others were ideological, and can be traced back to the UK government austerity programme of the last decade. Although we have long known that a pandemic posed the biggest potential threat to national security, in 2017 a recommendation for all frontline NHS staff to be given PPE during a flu epidemic was rejected for being too costly by the then-Health Secretary Jeremy Hunt.

Anderson was not the only Conservative Party MP to tweet his disapproval of the Leader of the Opposition’s comments. His was only one of many tweets with very similar messaging sent out over the course of about an hour on Saturday afternoon, in a move apparently coordinated by Conservative Campaign Headquarters.

Novara Media’s Michael Walker suggested that the purpose for the coordinated attack on Starmer was to serve as a warning shot, to put a cost on any criticism of the Government over their response to coronavirus. The fact that the Conservative Party’s campaigning machine appears to be in full operation exposes their pleas to “put politics aside” for what they always were: an attempt to shut down any scrutiny of their ideologically driven failures on PPE, on testing, and on herd immunity—no matter the human cost. 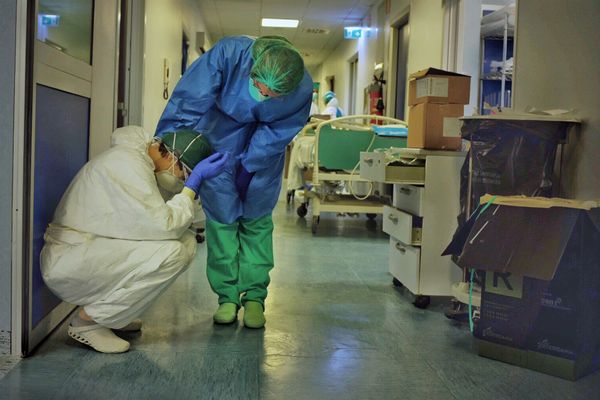 The UK is set to have the highest COVID-19 death rate of any European country—but many still complain when we criticise the government. 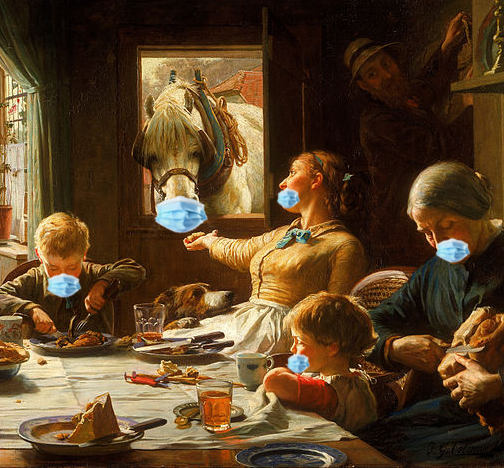