Pennfields & Merridale COVID Action Group (P&MCAG) was set up to care for our community and fight for justice in these difficult times.

Since starting around March 30th, the group has helped over 120 people get food aid, runs a twice-weekly community meetup space and has held protests in solidarity with healthcare workers, parents and teachers.

P&MCAG was founded by local activists, members of the Pennfields Muslim Community and the Church of St. Chad & St. Mark.

We have always been proudly radical. Our leaflets describe us as "a group of Merridale & Pennfields residents who have come together to offer support and campaign for solutions to this crisis. We are motivated by solidarity and compassion, and put people before profit - the answer to this crisis is saving lives, not keeping the economy running for billionaires."

In our first leaflet, we offered to collect food, run errands and set up friendly phone calls with volunteers - standard stuff, inspired by the mutual aid going on all over the country.

Almost as soon as the leaflets were distributed, we were flooded with requests for food aid (i.e relief from foodbanks). In the first two days we dealt with over 30 people who were unable to support themselves because of COVID-19.

We realised there was an intense demand beyond what we originally offered. We were met with the grim reality that COVID had pushed many on the edge into desperation, following years of cuts and underfunding to public services.

We began to work closely with the Elias Mattu Foundation, who have provided thousands of food parcels since lockdown began and are based very near to us. We wanted our relationship to be as reciprocal as possible, so we were not adding to their enormous workload. We ran collection campaigns and had fantastic responses, particularly from the local Muslim population. We also reached out to the Refugee & Migrant Centre, who translated our leaflets into Polish and Romanian.

With a system in place, we began addressing the other huge pandemic sweeping Britain: social isolation. Our second letter was more like a newsletter, filled with friendly advice, numbers to call, a competition and a brain teaser. We launched a twice-weekly community meetup, “Open Space”, which still happens on Mondays and Fridays from 11am to midday. We’ve found it to be a fantastic, multi-cultural and multi-faith place fostering a real sense of neighbourliness.

Our third focus has been campaigning for justice, and standing in solidarity with our neighbours. Pennfields & Merridale has a large BAME population, and is home to many frontline workers: people on the front of the virus, and bearing its worst effects.

On Workers’ Memorial Day, and again on that week’s Clap4Carers, we held a socially-distanced protest on the streets around St. Chad’s Church. The response was incredibly positive from local families. We also distributed posters with our newsletters, calling for more testing and PPE for health workers.

Many of our activists were parents and teachers deeply concerned about schools reopening - so more recently, much of our activism has been about standing in solidarity with education workers who don’t want to return to schools until it’s safe. We ran a motorcade, local procession and protest outside the council’s offices calling on the Council to step in and stop schools becoming the front line of a second wave of the virus.

We see our community work as something which is inherently political, something fundamentally linked to the struggle against oppression. The need in our area has been immense, but we have been very encouraged by the community’s willingness to stand together. 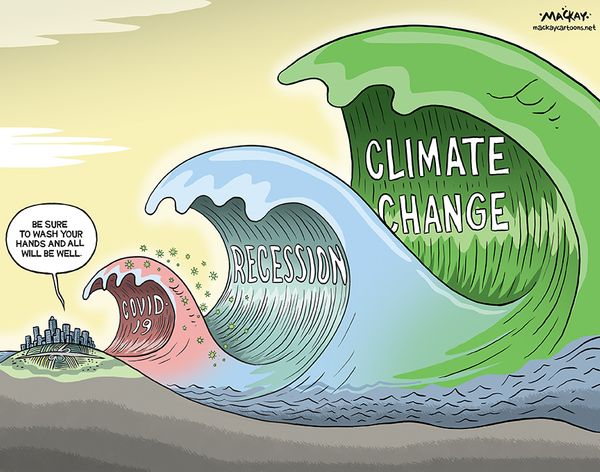 Consumerism is killing the planet. Everybody knows it, but nobody in power is willing to seriously engage with this fact because they can’t imagine any alternative.

CAROL HYATT lays out the case for a divestment (not investing in polluters) policy in Wolverhampton.