As an admin on Wolverhampton's COVID-19 Mutual Aid Facebook Group, I see frequent complaints that we are allowing too much "politics" into an otherwise "positive" group. At best, we are killjoys—at worst, opportunists trying to use a crisis for our own agenda.

We certainly don't want to ruin the overwhelmingly respectful and compassionate community that has sprung out of the woodwork to help each other. We must set our differences aside to help whoever is in need.

But silence is a political choice that benefits those with the least to lose and hurts those who are suffering. Silence means nothing changes.

Through the 1960s–80s,  authoritarian, right-wing military juntas overthrew democracies across Latin America. These regimes killed or ‘disappeared’ tens of thousands of their citizens. Victims’ families were rarely told what happened to their loved ones. Some bravely formed groups to call for justice, like the Argentine Mothers of the Disappeared.

When these regimes fell, the militaries kept most of their strength. The re-established democratic governments' attempts at “Truth and Reconciliation” were hampered by the lingering threat of another coup. Fledgling democracies felt they had to silence criticisms, else they might be overthrown again.

With so many people implicated, there remains a great silence about the atrocities of this era in many countries - “every institution bears responsibility for what happened… But if we prosecute these crimes by the penal code, it will never end. We’ll have 500,000 people in jail and nothing but rancour to show for it”.

The silence may have saved the majority, but it persecuted those who had suffered before—the mothers, families and loved ones of the disappeared. They would find no justice, no accountability for their grief.

The UK government has embarked on a course which could potentially result in tens—if not hundreds—of thousands of unnecessary deaths. Its failure to support low income families is pushing huge numbers into food poverty. It will cause irreplaceable loss and suffering for millions of people. We must have the courage to say the heartbreaking fact - that these people did not have to die.

The UK government have consistently chosen not to follow the practices of countries that successfully halted the virus, and made decisions that will risk the lives of our NHS workers. They chose not to undergo mass testing—not even for NHS staff: a quarter of our doctors are now self-isolating, kneecapping the capacity of a health service already decimated by a decade of underfunding. They still have not provided proper protective gear for frontline doctors and nurses: 19 Healthcare workers have died already (that we know of). They chose not to give sufficient and immediate support to the self-employed or precarious workers, or to support renters, or to ensure there would be enough food for those who need it, meaning many are forced to leave the house to work: our trajectory is on course to be worse than any country in Europe.

We cannot allow these failures to be unacknowledged when there are such clear examples of successful alternative strategies. Mass testing was carried out in Japan, South Korea, China—all countries that have essentially stopped the pandemic. The UK went into lockdown 11 days after Ireland, and over a week after our other European neighbours - and we are set to have the highest death toll. For countries with the same proportion of intensive care equipment, we have 160 deaths per million;  Ireland has 69 per million.

At present, the government is not being held to account. The new leadership of the Labour Party has announced it will support the government throughout this crisis, and not pursue “opposition for oppositions’ sake” - this means he'll largely keep his mouth shut (and when they do speak out, they get a pile-on). Even Alastair engineer-a-consensus-for-Iraq Campbell thinks the UK Press—particularly the BBC—has been toothless in its criticism of the government.

The Conservatives have been largely successful in making the pandemic a sacred cow, a situation so severe that any dissent from their narrative is seen as unpatriotic, unsupportive, negative and opportunistic.

But failing to call the government out is dishonest. We are sitting in silence so the powerful won't be held to account. As in Latin America, this creates a rift between “reality as reported” and “reality as lived”.

People will experience the awful decisions the government has made as loss, pain and anger. If that experience is not acknowledged, millions will be disenfranchised. Their hurt will have nowhere to go but inwards.

If pain is not acknowledged, it is buried. If untreated, erupts randomly, spewing hot sulphur in all directions, or poisons the earth that holds it. Like lightning, it must be rooted, else there is no knowing what it will hit.

Healing can only begin with openness and restorative justice. So many are going to lose loved ones in this virus unnecessarily. It is not a case for “taking it on the chin” and keeping quiet for England—we must stand up for the heartbroken and be honest about why they are in pain.
*This was not an appropriate opportunity to say "nice". 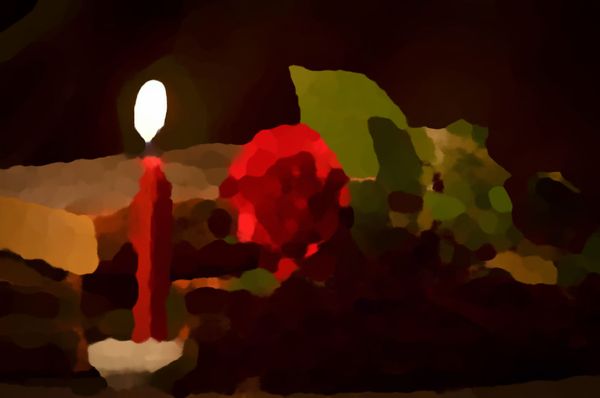 Jamaican wakes can last for days, but we cannot meet in these strange and disrupted times. 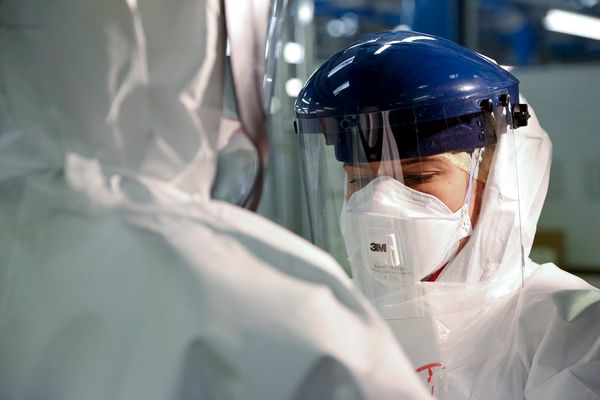 The tweet appeared to suggest that NHS workers don’t know how to make “the right use of” personal protective equipment (PPE).