This pandemic has provided a pause for thought—it’s not a question of when we recover, but how we recover. It’s time to seize the moment to combat climate change, improve air quality, end fuel poverty and create a fairer and more just society.

Pro-lockdown campaigners have coined the refrain “No Going Back Until It’s Safe”—but that could just as easily apply to our planet. We are in the midst of a climate emergency because of the way we run our economies: there can be no “going back” to the way things were.

One of the best places to start is disinvestment from fossil fuels: releasing funds to invest in alternative green energy, creating new jobs and funding renewable technologies. We could choose to invest locally, in green community energy projects that would reduce the fuel poverty experienced by 11% of people in Wolverhampton.

For divestment of the West Midlands Pension Fund (WMPF) to become a reality, West Midlands councillors, who have been elected to represent their constituents’ best interests, need to be aware that divesting from fossil fuels is financially sound, legally possible and democratically justified.

Solihull, Birmingham, Coventry, Dudley, Wolverhampton and the West Midlands Combined Authority (WMCA) have all declared Climate Emergencies. Dudley and Birmingham City Council have both passed a cross party motion calling on WMPF to divest from fossil fuels. Why is this significant?

Each council is represented on the Pensions Committee, which is responsible for making decisions about investment strategy under advice from the Fund and their advisers.

Responsibilities of the Pensions Committee include “review and agree to the Investment Strategy Statement”, and “to monitor investment activity and the performance of the Fund’s investments”.

This puts the strategy of investment sectors for the WMPF within the remit of the committee members and therefore the council they represent.

There is a growing public awareness of the need for rapid action to tackle climate breakdown. Above 2 degrees warming, the damage to the global economy will become increasingly unmanageable. Current policies are projected to result in a devastating 3–4°C of global heating in 30 years. A recent survey found 69% of 2,000 UK respondents wanted to see urgent political action on climate change. In choosing to divest, councillors would be reflecting the wishes of their constituents.

The West Midlands Pension Fund already acknowledges the devastating effects of climate change on our way of life, the economic cost of inaction, and the material impact to all asset classes in the fund. It is accepted, even by the industry itself that 80% of the existing reserves are unburnable and need to stay in the ground to prevent runaway climate change. The fund invests in fossil fuel producing companies like BP, and Shell which extract fossil fuel, contributing directly to climate change.  This reality creates a strong ethical and financial case for shifting investments from fossil fuels to fossil free alternatives.

The impact of climate change on the fund is easily seen in the WMPF 2018 annual report which spoke of the insurance sector “which was hit by a series of natural disasters in terms of the hurricane season and also Californian wildfires” leading to the fund delivering only 3% instead of the benchmark 4% target. Business as usual can not be an option for the WMPF.

WMPF is also missing out on greater exposure to growing markets. For example, global investment in renewables in 2018 was $298bn compared with $132bn for fossil fuels.

More recently for indirect investments, in March 2019, WMPF appointed a panel of investment managers to run a “global sustainable equity mandate”. This would allow Fossil fuel heavy funds Eg. BlackRock to be reallocated under this scheme. For direct investments, the fund could carefully move its holdings over the next four years to non-fossil fuel companies that perform at least equal to fossil fuel companies (councillors should bear in mind the declining performance of fossil fuel companies). There are signs that this is already happening. The latest fund climate policy, shifts asset allocations. 10-15% is to be invested in renewables by 2023 and only 1% thermal coal by 2023.

In divesting from all fossil investments, WMPF would be joining major global financial institutions including Axa, Citi, Lloyds, RBS and Zurich, who have also deemed the risk of these investments unacceptably high. The centre of gravity in this argument has now shifted from justifying divestment to justifying why investment should be maintained in fossil industries. It is clear fossil investments no longer deliver from either an ethical or financial perspective.

Wolverhampton Council’s Climate Emergency declaration requested WMPF to “report on the level of investment in the fossil fuel industry that the WMPF has, and request a review of the investment strategy to give due consideration to climate change impacts in the investment portfolio”.

It is now time for Wolverhampton to back divestment of WMPF from fossil fuels.

A legal opinion for ClientEarth by two leading UK barristers has found that pension fund trustees (the pension committee while not legally a trustee, fulfils a similar role) who fail to consider climate risk could be exposing themselves to legal challenge.

Echoing the litigation against the tobacco industry in the 1990s which culminated in $209bn settlement payments, climate change court cases are active in 28 countries. These are being brought by investors, individuals, cities and states against governments and fossil fuel companies. 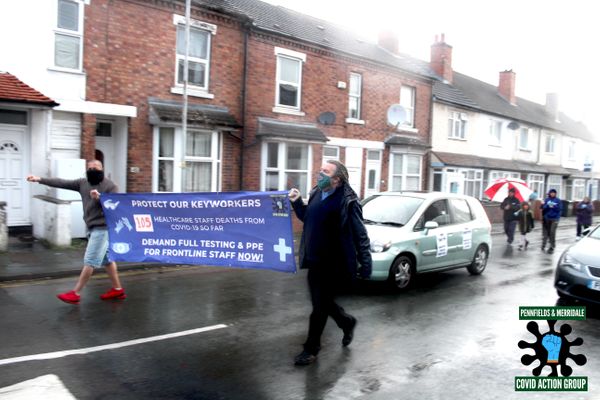 This issue, we look at Pennfields & Merridale COVID Action Group's approach to mutual aid in Wolverhampton. 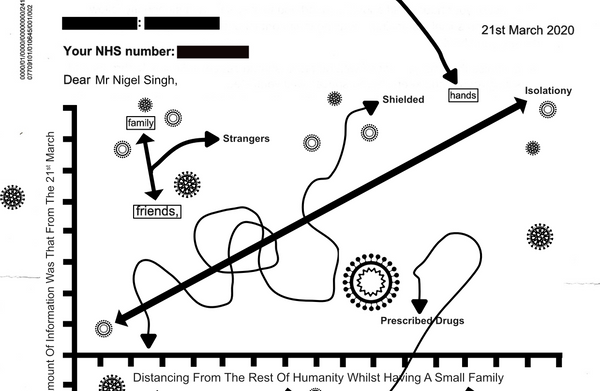 We sat down (virtually) with local artist Hannah Taylor to discuss her new project.