Today's national feel-good story, to take all of our minds off the coronavirus pandemic which is now killing over 1,000 people a day in the UK, was that of Captain Tom Moore, the 99-year-old war veteran who has raised over £15 million for NHS charities by completing laps of his garden.

I know the Government said they might need to draft retirees in to help the NHS, but this is ridiculous.

Capt Moore's incredible achievement is somewhat undermined by the fact that it is perceived to be necessary at all. Here we are, in the midst of the greatest public health crisis since the 1918 flu pandemic, with the government telling us that it will do "whatever it takes", and yet the public for some reason feel compelled to donate tens of millions of pounds to our public services. This is because everyone understands on some level, maybe not consciously, that the NHS is underfunded. People are donating in desperation to keep it running.

Similarly, the NHS Volunteer Responders scheme is the Big Societification of mutual aid, a cynical attempt to get the cash-strapped public to fill the gap left by austerity on the cheap.

When we started the Wolverhampton COVID-19 Mutual Aid Facebook Group, it was in anticipation of the state's failure to ensure that the basic needs of the British public would be met during the crisis.

This was informed by a decade of brutal and unnecessary austerity, which has deliberately left more than 1 in 4 British children growing up in poverty and hundreds of thousands of people without food in this, the fifth-richest country in the world.

It stood to reason that any government willing to inflict this on its own people, leading to 130,000 excess deaths over the last decade (as Steve Hilton, David Cameron's former chief adviser bragged on Fox News) would adopt a similarly callous response to the inevitable economic crisis caused by the 2019–20 coronavirus pandemic.

Sadly, it seems we were correct to anticipate this catastrophic failure of the state. Despite the chancellor's packages of economic measures to support businesses through the crisis, our experience on the ground is that there are many people who are finding themselves in desperate need. Whether it's because they are self-employed but didn't earn enough money to qualify for the relief scheme, because they are migrants with no recourse to public funds due to the UK Home Office hostile environment policy, or simply because they were unemployed before the crisis or they have been made unemployed as a result of the crisis and Universal Credit's £87/week is not enough to live on, it is clear to us that the Government's economic response is designed to, as much as possible, preserve existing inequalities. Why else would they spend so long developing a byzantine scheme to ensure that self-employed workers don't accidentally get more than the very minimum they need to survive?

Somehow, the Government saw this economic backdrop of mass unemployment alongside this huge increase in needed workers for the NHS, and decided that they could get away with getting people to perform these essential functions of the state for free. It's not a mystery how they reached this conclusion: they looked at mutual aid and saw the huge groundswell of people wanting to help each other in this crisis. But it doesn't make it any less outrageous.

If we had something like an emergency Universal Basic Income in place, the NHS Volunteer Responders Scheme as a voluntary effort might make more sense. The state having guaranteed that their basic needs be met, people would be free to go wherever the need is greatest. Instead, the Government has chosen to guilt people into giving up their labour to prop up the state while the threats of unemployment, eviction and hunger still hover over them.

The Government has put this mentality on display again and again throughout the course of this crisis. We clap for our carers every Thursday, maybe even offer them a medal—but a pay rise? Now's not the time (hint: it never is). The Government, in its miserly £0.75bn bailout of a charity sector with a £4bn funding shortfall, has offered to match fund whatever the public decides to donate to the BBC's Big Night In charity appeal on 23 April, once again making the funding of these vital services contingent on the generosity of the public.

Capt Moore's fundraising method is an apt metaphor for our greatest fears for the economic response to the coronavirus pandemic. The working class have spent the last decade paying for the last once-in-a-lifetime global financial crisis. How much more of our lives will we spend in paying for this one? How many more decades of misery will we be made to endure? How high will they raise the retirement age to offset the economic cost? If you want a picture of the future, Winston, imagine a 99-year-old on a treadmill—forever. 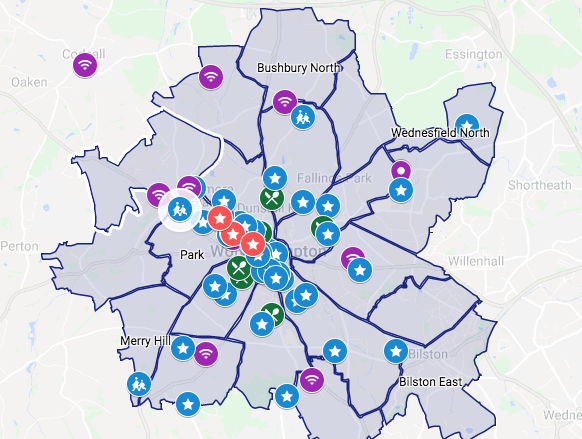 These local organisations have heroically stepped up to help the community - please use them if you or anyone you know is in need. 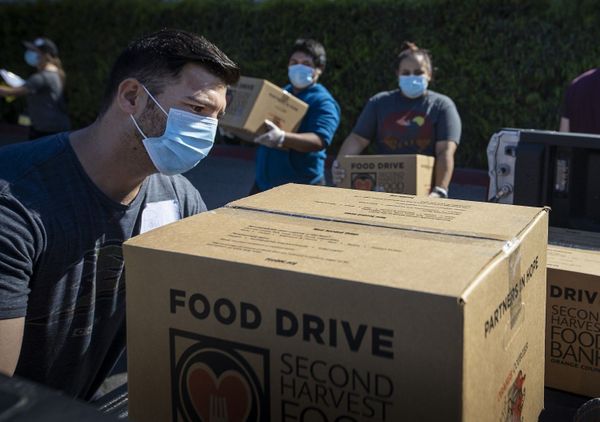 Mutual aid groups set up to support communities in the face of coronavirus are finding a challenge beyond the pandemic – a social fabric torn apart by years of austerity.