An open letter to Wolverhampton Council calling on them not to support the further reopening of schools on 1st June has gained over 1000 signatures in 24 hours.

The letter calls on Council Leader Ian Brookfield to wait until 5 Key Tests set by the National Education Union are met before he supports school reopening.

The letter was published at 12.30pm on Monday 18th May by the Administrators of Wolverhampton Mutual Aid Facebook Group, speaking as “concerned residents of the city wishing to reflect the anxieties of many local parents, teachers, and community members”.

In their statement, the group call on “City of Wolverhampton Council to join the devolved governments of Scotland, Wales, and Northern Ireland, as well as the local authorities of Liverpool, Brighton and Hove, and Hartlepool, to reject the government’s proposal to reopen primary schools and nurseries in June”.

Their demands are based around the 5 Key Tests set out by the National Education Union, versions of which have been supported by the British Medical Association, the National Association of Headteachers, Parentkind, Unite, UNISON and other major Unions.

These tests focus on the need to prioritise staff and student safety, mass testing and procedures for dealing with outbreaks in schools.

A spokesperson for the group and grandparent, Sally Cook, said “we are acting as worried residents. We have grave concerns about the safety of a wider return for schools. There is no conclusive evidence that it is safe to return. We feel that the 5 conditions set by the NEU are wise and considered.

“Children must not be guinea pigs here. Their education is vitally important but risking one life is not worth a premature return for more children. We have every confidence in headteachers and teachers' ability to help children readjust to school, but that it needs to be done safely and in a timely manner. June 1st is too soon"

The Administrators stress they “do not presume to speak for all members of our Facebook Group, but ask them to add their voices to this cause.”

Local Labour Councillor Obaida Ahmed, who supports the petition, said “As a parent I'm obviously concerned for the safety of my children. We simply do not know enough about the virus to assume it is safe. I worry teachers will be placed in circumstances where they're not safe. Teaching can continue online for now, less children physically at school, safer it is for key worker's children to be at school.”

We speak to a volunteer at Wolverhampton Social Prescribing's Telephone Befriending Service. 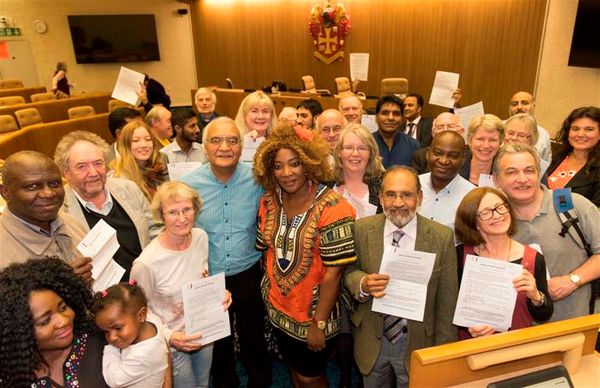 This issue we look at City of Sanctuary, which supports refugees and asylum seekers.