This Thursday, Pennfields and Merridale COVID Action planned to protest against schools and workplaces reopening too soon. We have already seen businesses and construction sites around us restart. We knew a government announcement on education was imminent.

Our group is made of many workers, parents and teachers from diverse communities who were rightly worried about reopening schools and workplaces.

We planned a motorcade, which would drive past local primary schools, accompanied by a megaphone and banners stuck on cars demanding “No Return to Work Until it’s Safe”. With people staying in their vehicles, we felt this would lead to minimal exposure to the virus.

We didn’t keep our plans a secret, and the police found out. They rushed over to meet one of our organisers (in person, no less!) to say our protest could not go ahead as it was not an “essential journey”.

Last night’s government announcement showed our fears were vindicated. The government plans to reopen schools from June. The question is this: if the police will stop our procession of 20 cars on public safety grounds, will they act to stop hundreds of children being brought together in an enclosed space?

A study by the University of East Anglia this week showed that closing schools had been one of the most effective ways of stopping the virus. The National Education Union said that “the announcement by the Government that schools may reopen from June 1 with reception and years 1 and 6 is nothing short of reckless… the rate of Covid-19 infection is still far too great for the wider opening of our schools”.

Reopening schools will put students and teachers on the front line of the virus. It will cause significant risks for their friends and families. It will cause infection rates to soar again. The fact primary schools are first shows this is about childminding to get parents back to work.

When we advertised our protest in the Wolverhampton Mutual Aid Group, many people raised criticisms about aspects of the plan. All their arguments were made  in bad faith.

Would a motorcade stop ambulances going past? That would certainly be regrettable. But 20 cars going in one direction can easily get out of the way. Can 50 cars bringing children, parked on both sides of the road in build up neighbourhood streets do the same?

Were we wrong to violate the “essential journey” rule? That law is - rightfully - to stop people making unnecessary trips to places where they will mingle with other humans. Giving the children a lift to school, letting them mix with other children, then taking them home is infinitely more risky than driving around for an hour exercising our right to protest.

The rest were just responses seemingly created by a random “sensible” opinion generator - “it’s too hot”, “why protest when nothing has been announced”, or the totally oblique, “stupid idea”. Nobody who said them believed them. They just didn’t want us to protest.

Neither did the police. Concerns about public safety are inconsistent and hypocritical. They are being used - by the law and defenders of the government - to obscure discussion and silence dissent.

This is especially true when contrasted to VE Day celebrations. If people can flock to the streets for jingoist parties and be celebrated in the BBC, if the police didn't fine them for doing the Conga; why can’t they take to the streets to fight for the lives of their loved ones from the safety of their cars?

We agree with the lockdown. We think it must be extended - and the government must do everything in its power to keep people comfortable and safe.

The policy of easing lockdown is just delayed “herd immunity”. It is a callous disregard for human life for the sake of restarting the economy. We have the second highest death rate in the world. Already, Coronavirus has led to four times more UK deaths than claimed by all the wars since 1945 combined.  If there were no lockdown, there would be rioting.

We were gratified to see some activists - from Pennfields & Merridale, and further afield - chose to protest anyway. We support their decision, because their concerns are legitimate.

We have a right to protest. Local communities have a right to challenge the government when they feel threatened and angry. This is a clear example of the law being used to silence criticism. 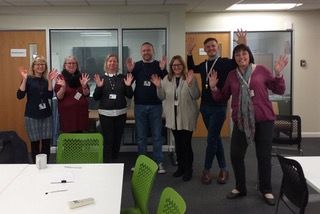 Today we look at how Zebra Access are supporting deaf and hard-of-hearing people in Wolverhampton. 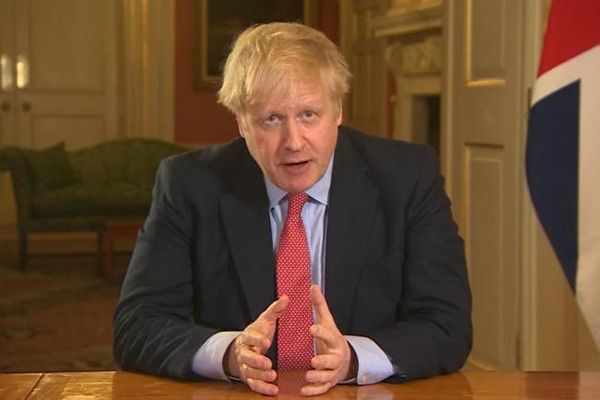 Opening primary schools for younger years isn't necessary when the risks are so high.