This week's press briefings have been intense. Ditching the traditional, ornate conference room, we tune in to find Rishi Sunak in a cave, high up on a mountain. That mountain, we know, contains all the wealth of the British state.

As is now a nightly custom, he pulled a lever marked “SOCIALISM”, and money spewed out. The crowd huddled below—gaunt, dying, hungry—fought over these scraps of lifesaving support. They were ecstatic with joy and adoration for their saviour.

But as abruptly as it started, so did it end. His timing was perfect: just enough cash had been released to stop most from starving to death. Not so much that they would become comfortable and forget they were the lucky ones—the free market desert around them had claimed many lives, and could still claim theirs.

“Do not, my friends, become addicted to wage subsidy”, Rishi “Immortum” Sunak declared. “It will take hold of you. And you will resent its absence”.

“We will be winding down the furlough scheme in July”.

Lockdown is shit, but it didn't have to be. Over the past two months, the government decided to make people as miserable as possible.

They kept the ruinous 5 week wait for Universal Credit, despite hundreds of thousands making new claims. They increased UC payments by £1000 a year—but benefits still fall £200 a month short of keeping people above the poverty line. They broke their promise to renters to ban evictions—giving them just an extra month's notice. This, while rejecting the option (so radical the US Republican Party thought of it) of just giving people enough money that they didn't starve because it would 'disincentivise' people to work in jobs that don't exist.

People have lost income and it has not been replaced: 3 million have to choose between eating and paying bills. Barely anyone feels safe enough to return to work, but many will have to in order to survive.

We can see a classic Tory tactic at play: brutally cut welfare to try to force people  to work. This isn't for their own good: it's for the good of the economy.

Ending the furlough scheme is just the latest step in this process. Watch carefully as the government subtly shifts its messaging to tell us that we need to protect life, yes, but also protect “our way of life”.

All of these euphemisms refer to the same thing: capital. Money. Wealth.

Lockdown is oppositional to the interests of capital: it closes commerce, and most importantly, takes labour out of circulation. The Conservative Party is the party of capital. They are capitalists. It’s no coincidence that a third of the billionaires in the UK donate to them.

The government's initial instinct was to do nothing and insulate capital— herd immunity, protect the economy, and if a few pensioners die, too bad. This is why anti-lockdown protests in the US are funded by rich conservatives.

But public opinion and political opposition forced lockdown upon them, so the capitalists did plan B: they made lockdown so shit that workers would be begging for it to end and wilfully return to non-essential jobs in unsafe workplaces.

Whatever the Tories say, the economy does not work for everyone. Britain is one of the most unequal countries in Europe—a trend which is only getting worse. Our regional inequality is one of the worst in the developed world. The UK is home to Northern Europe’s richest region—London—and 9 out of 10 of its poorest regions.

A report by the Trades Union Congress shows that, since 2008, those in the financial sector have seen incomes increase by £120 a week, while the average UK household is £17 poorer. 43% of UK workers earn too little to pay any income tax. The top 1% of UK earners (those earning £120,00 a year or more) get 14% of the national income.

People will have to return to work*. In the midst of a pandemic, this could kill them. A recent report found that people in deprived areas are twice as likely to die from COVID-19. People of Black and Minority Ethnic heritage are significantly more likely to die.

The government will argue there is no more money for COVID relief. This is the same argument used to justify austerity. The last decade has shown it to be cruel and unnecessary: there is no inevitable “limit” to government spending—they could increase taxes, or they could borrow against inflation. These may have consequences, but so too does impoverishing millions of people. They found the money to bail out the banks, why can't they find it when the time comes to bail out the working class?

The past ten years have brought no improvements to the lives of ordinary people. A mass return to work will only benefit the wealthy, and kill workers and the vulnerable. We must resist attempts to end lockdown early and pressure the Government to put lives before profits. We must reach out to our neighbours, protect one another and struggle together. We must not die for a system that immiserates us.

*if the work is still there—what are people supposed to live on where it isn't? 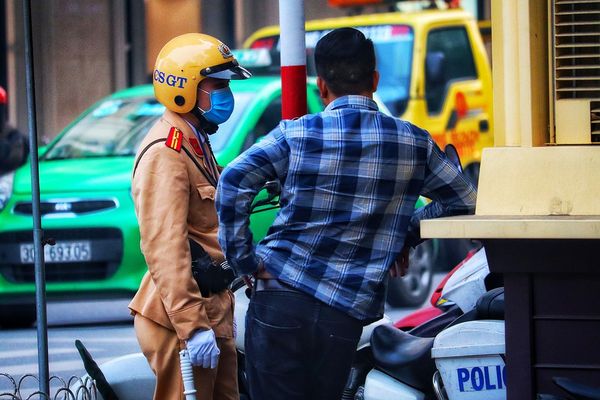 Our death rate is the second highest in the world. Cherry picking information won't escape this. 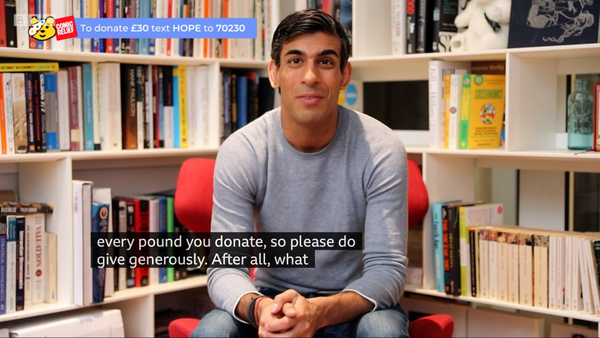 The fact that we felt the need to have a "big charity fundraiser" for a disaster happening in our own country should be a source of national shame. Why are we all going along with it?